First off, a big thank-you to Cation Designs and EmSewCrazy for hosting the stashbusting challenges this year and for creating the monthly challenge for us to get inspired.

At the beginning of the year, I took the stashbusting sew-along challenge. I vowed to use 13 pieces of fabric from my stash this year. Here’s a recap of what I made:

I started off with fabric from over 10 years old, from when I worked at the local fabric store in high school and beginning of college. During the year I switched back and forth between old and new. For example, I got a bunch of knit fabrics at the fabric fair last year and the year before with the dream of making and selling my knit dresses. Instead, they turned into Megan Nielsen’s Briars (row 2). My sewing machine broke at the beginning of summer, so there was a bit of a lull in my sewing queue. I got some Colette pattern sewing in, went on vacation, then came back and sewed a couple of stash busting projects. But mainly my summer sewing was made from new fabrics.

A lot of nice pieces from my stash, especially those from 10 years or older, were originally intended for small projects, like camisoles or short skirts. Now that I have a love of dresses, I often feel defeated by the lovely things in my stash I can’t make any dresses with. However, I purchased a few nice blouse patterns that will likely work better with my small pieces, such as the Eucalypt and Datura.  From this experience, I have been buying more than a meter of most of my new fabrics, unless they are intended for toddler clothes, for which 1m often suffices, or if the fabric will not make it to my stash as it is intended to be sewn right away.

I sewed a few more projects than I actually blogged about, like the ones above I only posted on instagram. I also made a top for my SIL, which I didn’t take a picture of, and a jacket for my niece, which I only posted to my facebook page. I also have a few UFOs that I made with stash fabrics (sewaholic thurlow trousers, another briar, a burda top), but I don’t think I can really count them for 2013 as I will not be finishing any of them on new year’s eve. I also made a few softies out of scraps as christmas gifts, but I don’t really want to count those either.

Did you reach your stashbusting goals this year?

Black and White Cordova: A missed opportunity, in a way, because when I wrote this post early in the year I said I only had to add lining to the sleeves. I have yet to finish this jacket, and the more I look at the pictures the less I want to.  I don’t think it fits too well, actually.

Pink Sureau: This photo shows exactly why I hate this dress.  It bunches up around the upper bust. And you can see the bust darts come up way too high. I even held a giveaway to get rid of this pattern! I wore it only twice: to take these pictures and one day for MMM13. Someone in the comments mentioned I probably need a FBA, so I suppose I will try to master that in the new year.

copycat challenge dress: Why is this a fail, you may ask? If you read my post, then you know how much I love this dress.  Well, when I attached the skirt to the bodice, I didn’t extend the zipper into the bodice. So I am afraid to wear this dress and break the waist seam, as it is already ripping near the zipper.

Laurel contest entry: I’m not a fan of this make at all. I wore it only for the photoshoot. I tried to be all creative and shit for the Laurel challenge and by copycatting a cool, colour-blocked shift dress I found on the internet. I think the fit is a bit too loose for my liking and the block in the front makes my boobs look enormous. I was, however, super stoked at my sewing skills getting around those tricky corners.

Other (unblogged) misses include:

– Redvelvet dress from Cake Patterns or as I like to call it, saggy side boobs: I was pumped for this dress from the get-go. However, the bust pleats ended up at the side of my boobs instead of in the center of them. I’m pretty sure it’s an easy fix but I just don’t feel like it… The good thing about this project is I found out my boobs are low.

– The Ava dress muslin disaster: After taking the time to do a FBA, even tediously photographing the process to make my first tutorial, when I actually went to sew the muslin, it was an epic fail! I went with the larger size for my upper bust (a size 6 instead of size 4, even though it would end up being ½ inch too big), and then completely forgot about it when doing the FBA, therefore adding about 3 cm more than was necessary. I also completely forgot that most bodice darts are too high for me, so when I made the effort to make the bodice muslin (out of a slippery cheap satin, I might add), I tried it on and almost cried. So much for a last-minute New Year’s Eve dress… The only thing good about it was that I had remembered to add length to the bodice – 7 cm of length….

– Skinnified Thurlow trousers: Making wide-legged trousers is not as easy as it looks. Fitted through the hips and upper thighs, and beyond that turned into a disaster. I already tried to take them in  myself, but I actually need someone to help me pin them. It’s not easy tailoring on your own!

What were your sewing misses this year? What have you learned from them?

Most patterns I’m really excited about but some patterns I’m very underwhelmed by (I’m looking at you, Colette patterns). So I thought I’d give a roundup of all the indie patterns that I’ve seen. Maybe some of them you haven’t seen yet (I doubt it, though). Plus you’re getting my two cents on each one. You can click on any of the pictures to be taken to the website.

Let’s start off with the one that is irking me the most. I’m sorry but I can’t get behind this pattern. The one pictured here is the one I dislike the most.  The chiffon one with lining, that one looks pretty, but nothing I can’t find in one of my back issues of Burda magazine. If you’re handy with patterns, I think you could easily make it yourself with a couple of rectangles and a fitted waistband. I gravitate more towards the Kelly skirt or the Beignet skirt for a skirt with buttons.

I was just added to Colette’s mailing list a few weeks before Hawthorn’s release. I was so excited because I really love their designs. I was a little bit disappointed by the Laurel, as I just don’t think it looks very flattering on me, although I saw a ton of beautiful versions in the Flickr group. But I was definitely underwhelmed when I saw this dress.  I thought it could just be the styling on Colette’s model, so I waited until a few versions popped up in the blogosphere. Some were beautiful, but most I didn’t like too much. I think shirt dresses just aren’t my thing. But I do love the half-circle skirt!

Aupebine by Deer and Doe patterns

This dress is so adorable. Since I made that apron of mine with the pintucks, even though they’re really annoying to sew, they look really cute. This is definitely high on my wishlist.  I think first I will make a tunic of sheer material to wear over a slip and leggings.

I’ve never been so excited for a pattern release before. I liked the tiramisu from Cake, but I never purchased it because I kept thinking it was only so-so.  But this…. This is really quite lovely. You have some options for the bodice and skirt, plus you can go crazy with colour or print blocking if you want. I’ve heard great things about the fitting of Cake patterns, so I think I won’t be able to contain myself when it’s released (there’s no release date yet; I’m hoping end of september/beginning october).

I’m a sucker for leggings. I have a pattern from McCalls and they were way too low rise for me. I’m happy that Megan included both high rise and low rise in her pattern. Plus they’re available as a PDF download. Instant gratification! This is definitely coming up in my sewing queue after my unselfish sewing is finished, for which I’m actually using a Megan Nielsen pattern for! I’m making the maternity skirt for a pregnant friend of mine.

I was one of the kickstarter campaign investors, so I got this pattern for ‘free.’ I really can’t wait to try it out. It’s got really interesting seaming along the side, and you’ve got a lot of options in just one pattern: a top, a dress, and different necklines. I think it would be great for job interviews with a blazer over top.  She’s also got a ‘pay what you want’ cami pattern that was recently released. Also very pretty.

Anna dress from By Hand London

Ok, not so new, and they’re coming out with one or two patterns shortly (Georgia and Polly, I believe). But I just had to give a shout out to the By Hand London ladies for taking the blogosphere by storm! I’ve been seeing multiples shoot up on many blogs. I am also a fan! I want to make the short version with an asymmetrical v-neck.

I thought I’d add this pattern by Ralph Pink. If you haven’t heard of this pattern company yet, go check it out.  Not that their collection is all that new. Kazz the Spazz wrote about their jumpsuit a few months ago.  There’s some interesting stuff over there, especially if you’re into making corsets.  The 2013 collection has some cool looking designs that you can have fun with colour blocking, like the jigsaw dress. I haven’t tried one yet, but I find them to be very reasonably priced.

So, what do you think? Which fall patterns are on your wish list? And did I forget to mention any new patterns?

*disclaimer: all pictures are copyright of their respective owners. I’ve used them here for illustrative purposes. 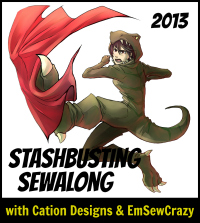 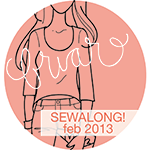 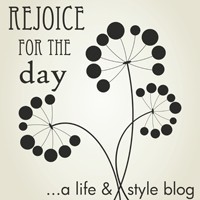 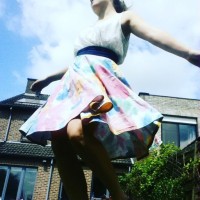